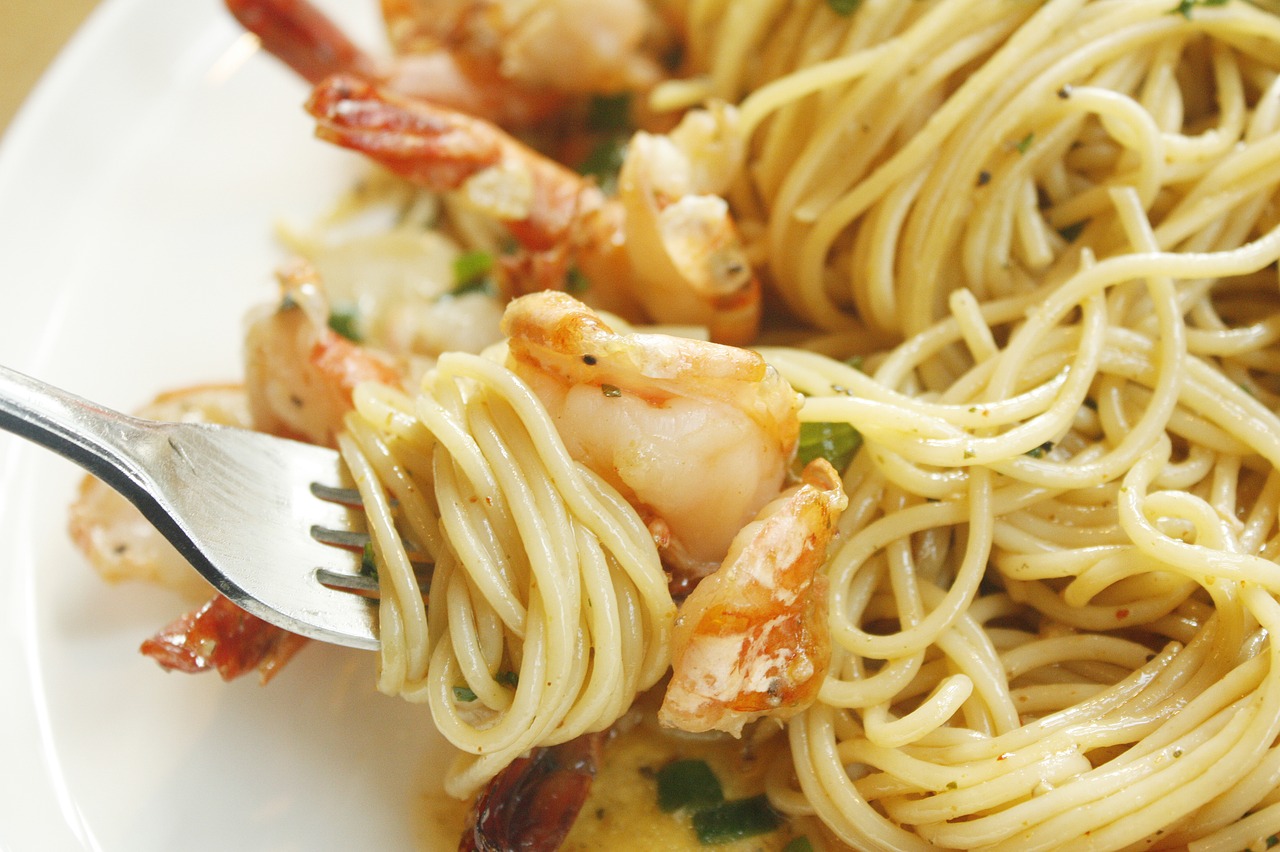 Shrimp Chow Mein can be prepared in any number of fashions. The Chinese have both Cantonese and Szechuan cooking as well as Northern Chinese and Eastern Chinese dishes. In both version cooking this dish is quite similar with only minor variations.

With the Szechuan version you’ll refrigerate the shrimp first after seasoning them with salt. The you’ll heat peanut oil, shallots, ginger, sugar, garlic, scallions, peppercorns, rice wine, soy sauce, tomatoes, pepper, and salt together in a wok over high heat for two minutes and then add the shrimp.

The Cantonese dish requires you to marinate the shrimp with salt, white pepper, sesame seed oil, one half of an egg white, and 1 1/2 tablespoon of oil in a bowl. After cooking the shrimp in hot oil in the wok, you set it aside and cook the other ingredients: garlic, ginger, shiitake mushrooms, bean sprouts, soy sauce, water, sherry cooking wine, oyster sauce, sugar, sesame seed oil, white pepper, scallions, and pea pods. These should be stir fried in the wok for a few seconds.

Finally, in both versions, the cooked noodles and the shrimp is combined in the wok and heated together to make Chow Mein.